The Way of the Sun – Sun Modo on the rise.

The Way of The Sun – Sun Modo on the rise. 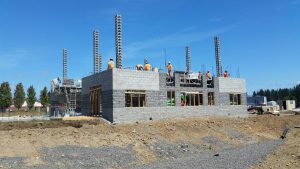 (Image from The Columbian)

Back in 2011 was when Sun Modo first began to raise their profile here in Clark County.  Sun Modo means -the way of the sun, and they were following the growth of the solar industry by providing innovative racking systems for installing solar systems.  They were identified as a rising new business both by their regular attendance at Pub Talk events, hosted by the CREDC, and also consistently being nominated by the Vancouver Business Journal in the Business Growth Awards recognition.

Their sales continued to grow, as did their needs for a larger facility.  This coincided with an improving economy where the lite industrial sector was the first to recover, and an already existing shortage of land and buildings. Tony Liu Founder and his CEO Rick Campfield were finding challenges in their efforts to find something to acquire.

I had met Tony several times, at the PUB Talks and BGA but it wasn’t until they were well into the search for property that Max Ault of CREDC asked me to meet with Tony Rick, to see if a broker with a local presence might be more helpful in tracking down a property.

We were intensely considering every existing 10,000 to 25,00 square foot building in Clark County, but there were just none that fit their criteria.   We finally identified a 2.5-acre piece of land out on Fourth Plain Boulevard, that satisfied most of our criteria.   Good access to PDX and the freeway systems, closer to east county for the convenience of their workforce and the ownership group.

As we closed in on putting the property under contract in late spring 2015, Tony and Rick identified Mark Jackson, to help lead the feasibility phase and construction budget development process, and Columbia Bank and Gordon Rodewald was heading up the commercial lending process and we succeeded in completing the transaction in August.

I was honored and full of enthusiasm to attend an event August 26th of 2016 at the construction site to see the progress they had been making on the building.  This facility will significantly expand their capacity to service the rapidly expanding solar industry.  Rick Campfield said their target was to reach 30 million in sales.   This is all great news for the employment situation. 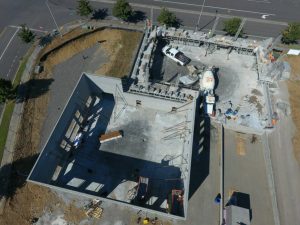 (Image from The Columbian)