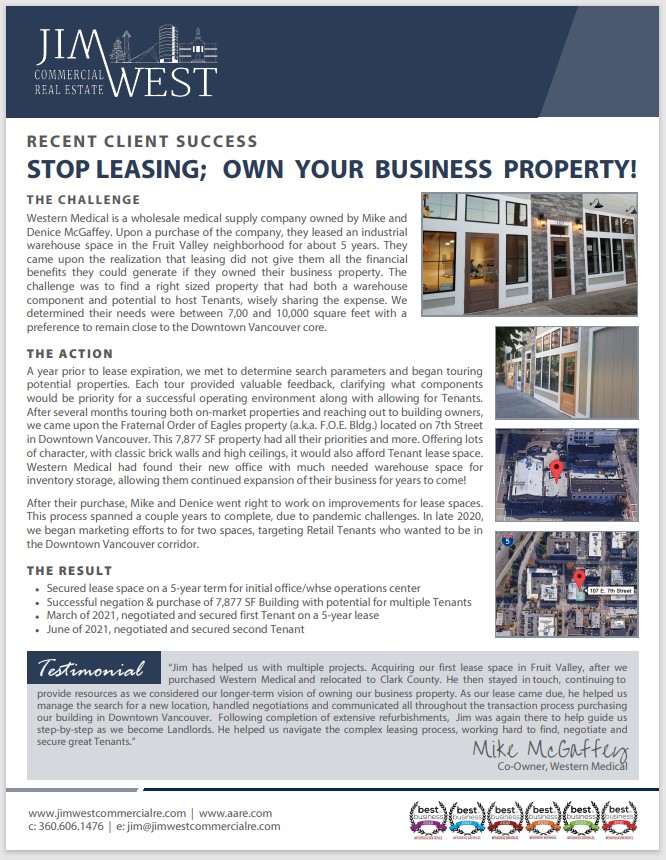 Stop Leasing: Own your own business property

Western Medical is a wholesale medical supply company owned by Mike and Denise McGaffey. Upon a purchase of the company, they leased an industrial warehouse space in the Fruit Valley neighborhood for about 5 years. They came upon the realization that leasing did not give them all the financial benefits they could generate if they owned their business property…. 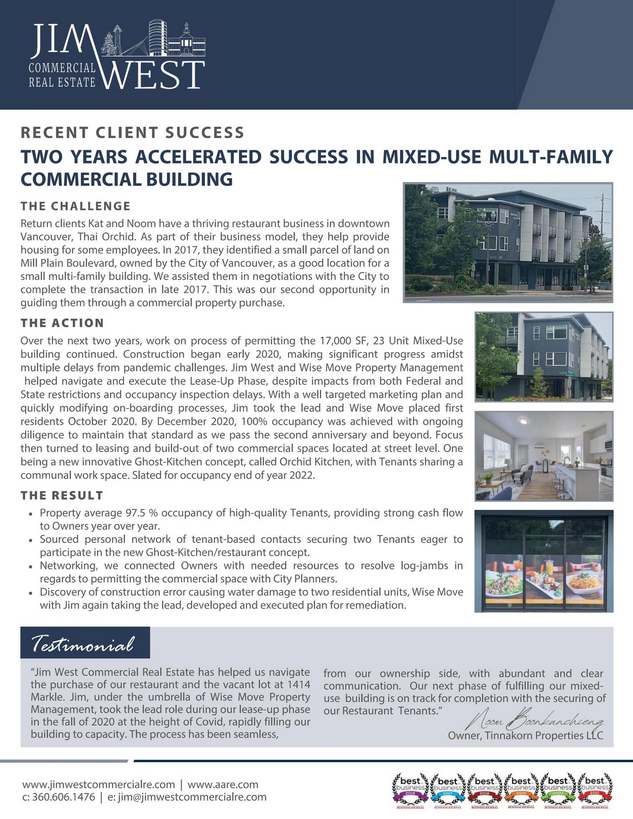 Return clients Kat and Noom have a thriving restaurant business in downtown Vancouver, Thai Orchid. As part of their business model, they help provide housing for some employees. In 2017, they identified a small parcel of land on Mill Plain Blvd, owned by the City of Vancouver, as a good location for a small multi-family building…. 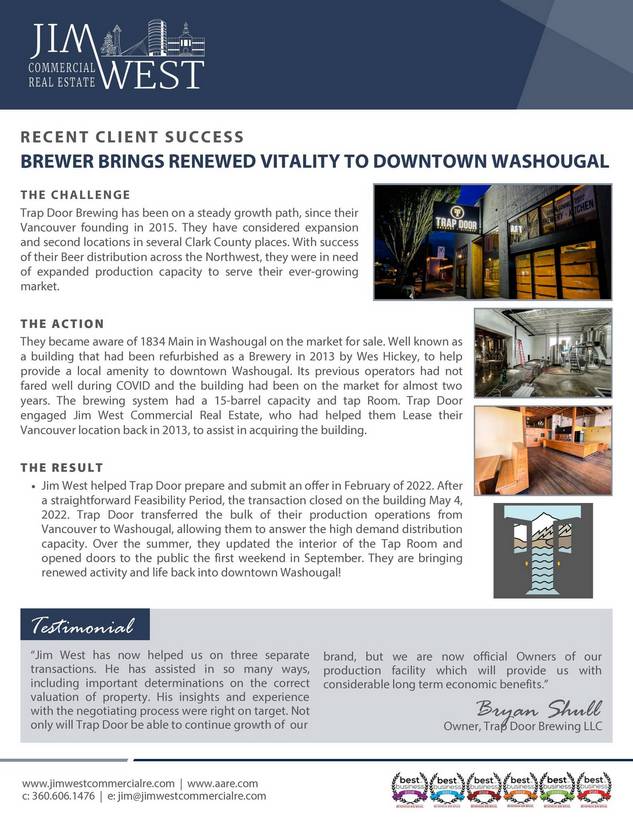 Trap Door Brewing has been on a steady growth path, since their Vancouver founding in 2015. They have considered expansion and second locations in several Clark County places. With success of their Beer distribution across the Northwest, they were in need of expanded production capacity to serve their ever-growing market.
Read More 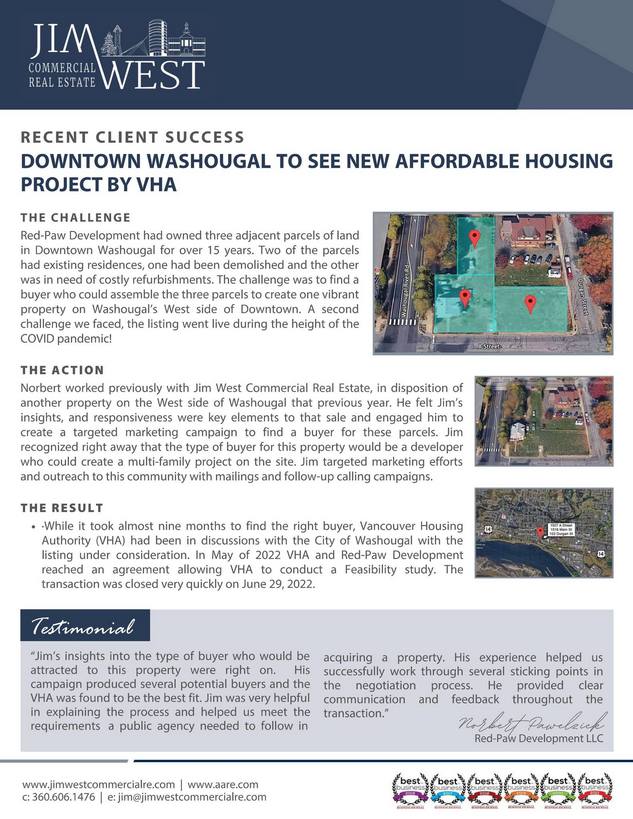 Red-Paw Development had owned three adjacent parcels of land in Downtown Washougal for over 15 years. Two of the parcels had existing residences, one had been demolished and the other was in need of costly refurbishments. The challenge was to find a buyer…. 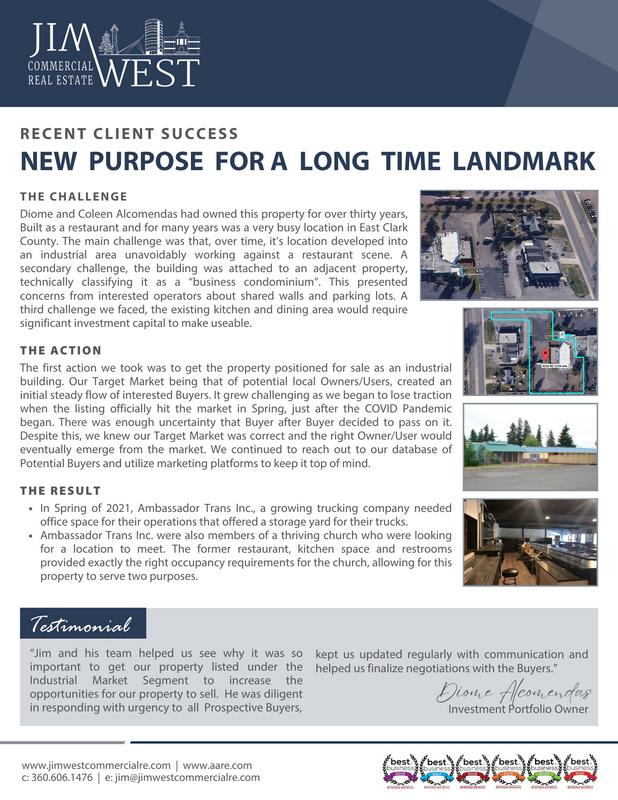 Diome and Coleen Alcomendas had owned this property for over thirty years, Built as a restaurant and for many years was a very busy location in East Clark County. The main challenge was that, over time, it’s location developed into an industrial area unavoidably working against a restaurant scene. A secondary challenge… 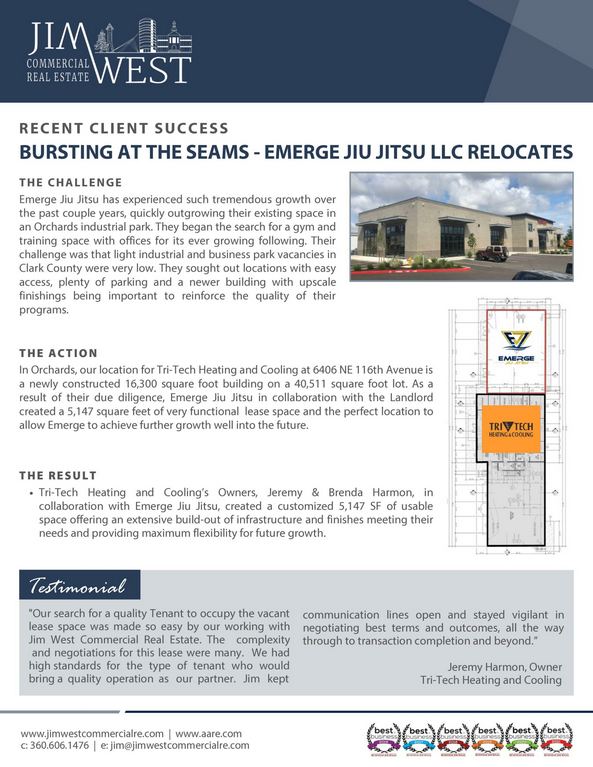 Emerge Jiu Jitsu has experienced such tremendous growth over the past couple years, quickly outgrowing their existing space in an Orchards industrial park. They began the search for a gym and training space with offices for its ever growing following….