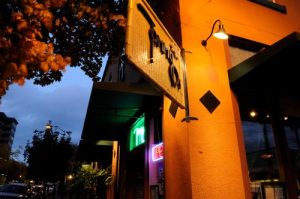 As the article in the Columbian December 20 stated there was a definite shudder of sadness that went through the Vancouver community with the announcement by Tommy Owens that he was closing down the Tommy O’s at 8th and Washington. Tommy O’s has been a very visible a successful member of the Downtown core restaurant scene for over 25 years, and in many ways helped encourage and emboldened others that it was possible to be successful.

His focus was local, his offerings unique, and his personal attention and presence developed a strong loyal following.
There was mention that the opening of the Waterfront had played a role in eating into his sales volume.
I am sure the Waterfront Development had an impact. As with all things in business and economic development there are a host of factors that contributed to his demise.

First let’s discuss the reality that operating as an “Independent Operator” in today’s dynamic restaurant marketplace has  a never-ending series of challenges. Restaurants are infamous for being hard on both people, and on their physical facilities. They are expensive to build out, often need locations that have above market rent, and require 70 – 80 or more hours of operation.

The Independent Operator is not able to generate the same purchasing power as a chain restaurant and end up having reduced margins. If they decide to operate with higher prices to keep margins within a range that allows them to be profitable, they risk losing volume.

There is always the issue of wages. As much as we all feel we’d like our restaurateurs to pay their staffs well, we all make decisions on where to eat based on the pricing levels of the menus. Within our state we have made the decision to have automatic escalating wages each year. Our Independent Operators are at a severe disadvantage in how they can adapt to this never-ending increase in their costs. Larger chains can invest in technology that creates efficiencies; they can ramp up the marketing to increase customer counts. They can spread their increased costs over a larger customer base, and generally have a larger reserve of working capital.

More than just the Waterfront has changed the nature of the Downtown dining scene the past 5 years. I’ll list just a few new competitors who have taken small bits of the downtown market. Feral Brewing, Mighty Bowl, Smokin Oak, Union Tap room, The Grocery, Pacific House, Jorge’s Margarita factory, Sushi Mo, Little Conejo, Nonavo, Amaro’s and Warehouse 23 .
Yes, the population base has grown downtown, we’ve become more attractive to Portland diners and tourists, along with more Clark County diners being willing to drive into downtown. But the restaurant marketplace is dynamic and the consumer tastes and preferences for both food and ambience are always a moving target. Clark County residents always storm the new restaurants which can create sales drop offs for a long-time existing operator. This ties into the thread above that with lower margins, less working capital, a few months of sales drop off, can put an Independent Operator into a significantly challenged financial position.
Let’s make a concerted effort not only to enjoy the new additions to our Waterfront but keep our longtime restaurant operators in our dining rotations so we keep them around.
My final words on this are Tom Owens I have high regard for you as an operator, and as a pioneer of the modern-day Downtown Vancouver restaurant scene. Thank you for your efforts!