5 Notable Things about Economy in October

Running out of steam?  Our first note is the US economic expansion continued this past summer, but only at a 1.5% increase according to a report released by the BEA last week.  Down sharply from 3.9 % growth this past spring.

Second note is Congress did extend the debt ceiling as the month closed out.  This prevents another standoff between the White House and the Congress, and gives the government and additional 80 billion dollars to play with ( ooops – sorry) to be able to borrow and keep the government working.   For the most part both sides of the aisle said it was a bad deal, but necessary to keep the government operating effectively.

Third note another month where the FED did not raise interest rates.  After almost ten years,  eight of which  included speculation that an interest rate rise was right on the horizon the Fed Open Market Committee said a 0 to .25 funds rate seems appropriate . See our first note as to why they may have kicked the can again.  This policy hurts the elderly, the retired, non profits who want to generate income with safety.  Don’t be surprised if it continues through the end of the year, and then doesn’t go anywhere very fast.

Fourth note new home sales really fell off the cliff in September dropping 11.5 per cent.  This could be from low inventories, or it could be traced back to first note again.  Home prices have generally been climbing about 4 per cent in value over the past couple years.

Fifth note, Office building construction totaled $44.9 billion for the 12 months ending in August up 27.4% from one year ago.  Office vacancy is declining and rents are rising.  Expect this growth to peak in late 2015 and slow as we move into 2016.  Commercial Real Estate industry expects another solid year in 2016. 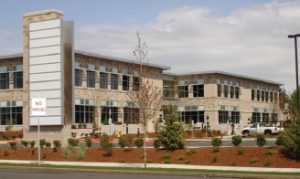