Here is a recent article published in the Vancouver Business Journal about a client of ours, Bryan Shull who is opening Trap Door Brewing this summer.

Bryan has laid a solid  foundation for his business by creating a  detailed    business plan and using the resources of Buck Heidrick of the Washington State Small Business Development Center.  This helped him both in negotiations with his new Landlord, and in asking a bank to provide him financing. 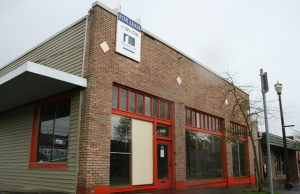 Right in the heart of Vancouver’s Uptown Village, a new craft brewery is on track for a summer 2015 opening.

Bryan Shull, taster and CEO of the new brewery, said that he has been eyeing the property for some time, calling it “an epic location.”

With a background in renewable energy (solar panels and fuel cells), one might think Shull is new to the world of brewing. However, he does bring a bit of history and experience into the business.

“My father and grandfather both worked for Great Western Malting for years,” he said. “Brewing has been in the family.”

Shull himself even worked a summer in college at Great Western.

“Beyond that, my real history of beer is tasting,” he said with a grin.
According to Shull, Trap Door Brewing is homage to the memories of his father and grandfather.

“My dad died from cancer recently,” he said. “I had left my career in renewable energy to walk down that path with him and take care of him. I knew I wanted to do something really special, start a family business.”

Joining Shull in the venture are his sons Zane and Zakary Singleton. Zane is finishing his degree at UC Davis where he has been studying fermentation science; he will operate as the head brewer while Zakary and investor David Forster provide capital and additional business expertise.

Members of the community are invited to be a part of the experience as well, via Trap Door’s Founder’s Club – a tiered membership program through which anyone can become a long-term “partner” in the venture.

“[Founder’s Club members] become the ‘cream of the crop’ of customers,” explained Shull. “They’ll be invited to special events, receive special tastings and pairings and a bunch of other surprises I can’t let out just yet.”
Trap Door’s neighborhood “Co-Hop” even lets local residents grow their own hops with rhizomes provided by the brewery.

For those who simply want to enjoy sampling craft beers, the brewery will offer a special limited membership club for that as well.

With Trap Door Brewery’s unique membership offerings, Shull said he isn’t too concerned about standing out in an already crowded market.

“I don’t like to think of it as much as competition, but rather ’Coopetition,’” Shull said. “While the rest of the Pacific Northwest might be a little crowded, Clark County really isn’t. I find the atmosphere here is really one of sharing and working together to elevate our marketplace.”

As for the beers themselves, Shull said Trap Door will be a 15-barrel brewery that pushes the boundaries of flavor.

“We will be pioneers of flavor,” he said. “Zane will head us into a new frontier where we pull from yellow beer, wine and liquor drinkers with our unique barrel aging and sours.”

Trap Door Brewery opens for the annual Cruisin’ the Gut event on July 18, with a full opening anticipated for August of this year.