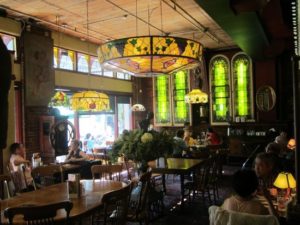 We have just crossed over the six-month mark since the Covid-19 shutdowns.  The first few weeks were brutal as the vast majority of  all restaurants closed , although there were a small group of local operators who made heroic efforts to pivot and attempt to remain open with just pick-up and delivery sales. Many fast-food operations, already designed for drive through business were able to fair better, but across Clark County restaurant sales took a nosedive.

After a couple months, the State began to allow reopening. Many guidelines were put in place; plexiglass barriers, social distancing with a 6-foot requirement, masking, and limited capacity seating (based on the 6-foot guidelines, limited party sizes and limited use of bar areas).

During the interim restaurants were attempting to deal with a number of issues, just to get to a place where they could reopen. Discussions with Landlords (how to open with a rent based on a model that expects you to have 2.5 X the sales you can generate in the new realities), gathering working capital (PPM helped), recruiting and retraining staff, all while ensuring the new health and safety standards are being met.  In addition, many restaurants had to totally restock their food inventories. It is actually a miracle that many have reopened at all.

During this same time period, a determined group of local restaurateurs, Tap room owners, local elected officials and business association executives began to meet on a weekly basis to work on having clear communication and to try and eliminate as many road blocks as possible to provide a possible path to remain open for the long haul.

The current situation is this. Restaurants and Tap Rooms  are open based on their having received PPP dollars.  They are experiencing  restricted sales by the weather, both with the fires and as the season changes. All these factors are causing them to hemorrhage this PPP cash. Most of them are losing money daily.  In reality, their timeline for survival is fairly short.

Of the less than 100 cases reported across the state, that were directly traced back to restaurants, most are linked to those to establishments that were not holding up State standards.  The Industry feels that, using the proper safety standards, people can be safe and healthy while on-site.

Please Help! Restaurants will face running out of money and having to close without our community support. Consider once again, targeting a day a week that you do a to go order, or even go on-site and eat.  Buy some gift certificates. Keep you ears to the ground for business efforts that are reaching out to the Governor and asking for help. Support extension of the PPP loans at the federal level. If they are to survive, they will need all of us!