Certainly 2020 was an eventful year and, in spite of a general pause or slow down in economic activity, Clark County saw two very significant transactions in the Office segment this past year.  Both occurred in East County and will generate economic activity for years to come.

The top transaction, closing at $12.4 million, was the sale of the former HP headquarters out on 34th Street on the eastern edges of the City of Vancouver.  To be clear, $12.4 million is allocated to the buildings, but the entire transaction (including the surrounding land) will finalize at a total of $35 million. The transaction closed late in October, and concluded a multi- year effort to attract a national buyer.

The following is part of the press release provided by the Fuller Group, our local brokerage that handled the transaction; “The VIC Building Owner, LLC has purchased the existing 750,000 SF of office/flex buildings at Vancouver Tech Center, located at 18110 SE 34th Street in Vancouver, WA, for $35,000,000. In addition, to rebranding the campus as Vancouver Innovation Center, the new ownership will immediately begin upgrading the buildings’ common areas, mechanical and electrical systems.”

Clearly the new owner has a vision and plan to attract more high tech firms to East County, as we see The VIC Building Owner, LLC scheduled to close on approximately 115 acres of undeveloped land adjacent to the buildings in Q2 2021. Congratulations to  Fuller Group’s Eric Fuller and KC Fuller, who represented both the Seller and the Buyer in this transaction. 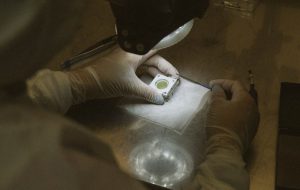 The second noteworthy transaction occurred earlier in the year, just after the pandemic swooped in. NLight, having been located in central Vancouver since their founding, purchased the former Sharp property for $12.1 million. The building had been vacant for several years and seen multi-year efforts by several brokerage firms to secure a buyer. It sits on a 21 acre campus, has a clean room, and will allow the expanding company to consolidate it’s growing teams from a series of acquisitions.

These two transactions alone accounted for almost two thirds of the total revenues of the Top 10, which totaled $38 million dollars. The vast majority of the remaining transactions fell in a range from $979,00 to $1,600,00 and were mostly B and C level transactions. 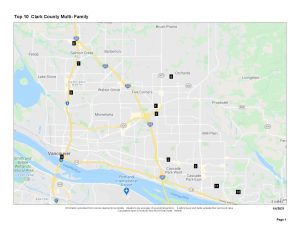