What Can 13 Interesting Transactions Tell Us About Q1 2021 Trends?

Q1 Commercial Transactions may be a bit of a small sample size, but they do show our market remains solid.

It has been clear, for the past several years, that Clark County has had a HOT real estate market! This is true for both Residential and Commercial. The pace of new residents moving in, first time buyers moving up, investor activity, low interest rates, and historic low inventories on the market has kept sales activities brisk. Sales levels remained very active even through the Pandemic, in 2020 and in Q1 of 2021.

In the past 6 months I am regularly asked, “what is the condition of the commercial market?”  The answer; Clark County, with it’s many ongoing positive business factors, had a strong sales market for commercial properties in 2020. My post in January highlights much of what took place: https://jimwestcommercialre.com/top-ten-retail-transactions-in-clark-county-2020.

I feel the public’s perception is that we will have a significant contraction in commercial, similar to 2008 to 2009, that will result in price reductions. Buyers, Brokers, Landlords, Investors all tell me they are seeing high levels of  inquires on listed properties and potential tenants. We’ve seen some very interesting transactions in Q1, and there are a significant number of properties under contract that I expect we’ll see close in Q2. 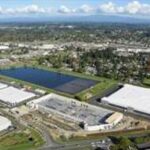 The biggest transaction of all was a sale of over $26 Million Dollars, finalized near then end of February. The property, located at 3201 NE 32nd Avenue known as Portside Industrial Park, consisted of a 192,960 square foot building, and 10 acres of land .   It was developed to be a multi tenant distribution center, and had been marketed as being completed in Q! of 2021.   It was purchased by Nuna Baby Essentials out of McClean, Virginia. They paid$138.54 a square foot. As I have noted before, Clark County continues to be an attractive market for commercial real estate buyers, either investors or owner users with many coming from outside the region.  This should prove to be another employer providing family wage jobs. 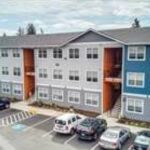 The second largest transaction, a Multi-Family building Avey Court Apartments located at 13609 NE 28th Street.  Developed and built by Team Construction, this was a 2 year old 19-unit apartment building. It sold for just over $4 Million Dollars, and had a cap rate of 5.11%.  It was purchased by an out-of-state Landlord from Oregon. 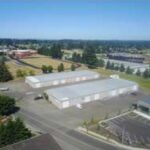 The third largest was an industrial property, this time in Central Vancouver, on NE Rosewood Avenue. This 46-year-old, 42,000 square foot light industrial complex on 3.6 acres was owned by the Grimm family. They are long time Clark County real estate holders and it appears they have been disposing of several pieces of their portfolio. The selling price was $4.1 Million Dollars, working out to just over $101.00 per square foot, and appears to be an all-cash sale. 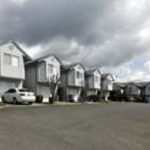 The fourth most significant transaction, another smaller Multi-Family building of 16-units, located in the Ellsworth neighborhood. Developed 26 years ago, consisting of 28,430 square feet, DEA Properties purchased at a selling price just over $108.00 per square foot. It was on the market only 85 days and its cap rate was 5.94%. 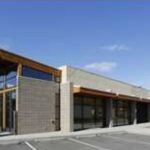 For our fifth most interesting property, we switch over to the Retail Sector. Local developer, Killian Pacific, decided to sell part of their Riverstone Market Place out on 192nd. This is a freestanding 4,594 square foot retail building at a price per square foot being over $506.00.  The cap rate is 6.23% and it was noted as being a straight triple-net investment, as in Q4_20 when purchased by an out-of-market investor from Mercer island. The price, $2,345,000. 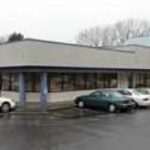 Sixth on our list is a building at 108 E Mill Plain. Right at the entry to downtown Vancouver, this is a 4,044 square foot office building that was built in 1988. With a sale price of $1,250,000, it translates to $309 per square foot.  This $300 a square foot average for office buildings in downtown seems to have become a standard. The entire parcel is 5,000 square feet and was purchased by one of the Diamond family, who are significant commercial real estate developers in Portland and Clark County.  My hunch would be, after existing leases expire, you’ll see the property re-developed.

Our seventh transaction is located up in Ridgefield at Discovery Ridge. This recently developed Taco Bell is part of the Rosauer’s Development. At 2,640 square feet, it sold for $1,125,000, equating to $426.00 a square foot. It is interesting for the data point numbers, and probably would be more interesting if I’d been involved in the transaction, but in the end…. it’s a Taco Bell.

Ninth and tenth are properties that make a statement about our market. The 76-year-old light industrial building located on W 13th Street in Downtown Vancouver is 3,000 square feet and sold for $975,000, $325.00 a square foot. The latter is a 49-year-old almost 2,200 square foot office building that sold for $710,000, $326.00 per square foot. Both properties are ideal for owner-users, and clearly some owner-users feel their companies can sustain rent payments generated at that $300 per square foot threshold. If you could borrow 100% on  300 dollar / psf property that equates to a $19.00 lease rate , so still in the affordable category.

The last three I am going to bunch together for somewhat the same reason. One is located at Evergreen and Grand, a C-Store, and the other two are office buildings along Mill Plain Boulevard, between Lieser and I-205. All three are over 40-years-old, and while they don’t all reach the $300 threshold, they are all very close.   That $300 seems to have become a bench mark, especially for smaller , potential owner user properties. 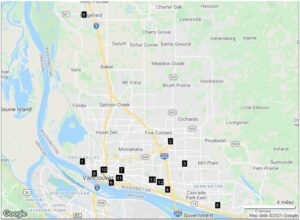 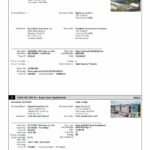 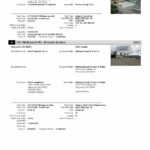 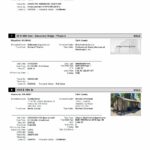 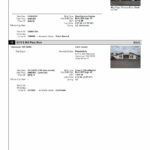 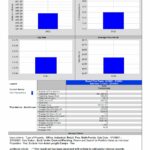